Review: The Pillar – Songs From The Hollow

The Pillar – Songs From The Hollow (Independent) 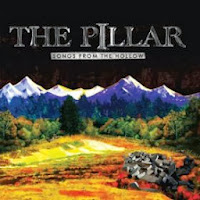 Utah quintet The Pillar recorded their second album (their debut “Fragmented Moments” came out in 2012) in their home state, in a local studio, self-funding the project and releasing it without the assistance of a record label or any outside help. They should be proud of themselves – “Songs From The Hollow” is well written and played, and the production is tight and plays to their many strengths.

Musically, they seem happiest when they’re mixing things up. A quick look at their Facebook page reveals a list of influences that include Pearl Jam, Radiohead, Conor Oberst, Neil Young, Red Hot Chili Peppers and Crosby Stills and Nash, and it’s to their credit that they bring these diverse stimuli together to produce such a focused recording. There’s a singular artistic vision running throughout the album’s dozen tracks that allows them to retain a consistency, whether they’re riffing hard or exploring folkier material.

Long songs dominate the album - all but two of them are over five minutes – and as a result, nothing feels rushed or prematurely concluded. They begin with “Your Luck”, which borrows from both grunge and the jam band tradition, before “Connecticut Calling” changes the album’s course with a choppy ska-esque rhythm guitar dominating. It’s extremely effective. “My Darling” could almost be filed under Americana – via Blind Melon – were it not for the underlying threat of explosive guitars, and “Own Up” blends earthy rock with progressive chops.
www.facebook.com/ThePillarBand
www.reverbnation.com/thepillar
The Pillar CD Baby Page
Phil S.