Harry Goodwin, a former Top Of The Pops photographer, dies 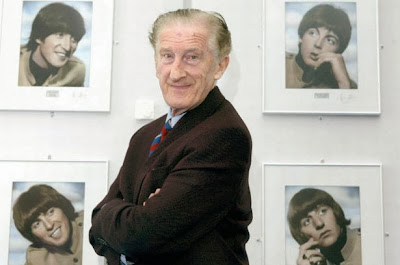 Tributes have been paid to a photographer who snapped some of pop music's biggest names.

Harry Goodwin, 89, who has died after a short illness, was resident photographer at BBC's Top of the Pops from 1964 to 1973.

Among those who were in touch with him during his final illness were Sir Paul McCartney and Sir Alex Ferguson.

His agent Stuart Littlewood said: "Harry had a wonderful talent and was a truly great photographer."

He added: "He could charm the birds off the trees - how else could he have got people such as Jimi Hendrix or Muhammad Ali to pose for him?"

Mr Littlewood, the managing director of Handshake Ltd, said Mr Goodwin's career had taken a "remarkable twist" in the past 15 years with his photographs exhibited in venues ranging from Liverpool John Lennon Airport to the Victoria and Albert Museum in London.

"He had a fantastic life and never had any serious illness until the last few weeks," he said.

"I was told at Trafford General Hospital that they had never seen one patient have so many visitors or phone calls.

Mike McCartney, who first met Mr Goodwin when his band The Scaffold were on TOTP, said: "He was an amazing character and had an incredible knack of putting big stars at ease, which helped him produce really memorable images.

"He had no fear - he'd just dive in there. He seemed to be able to get them to do whatever daft idea he came up with. He had a young Tom Jones smoking a pipe once - not the sort of image his press people wanted to promote."

Tim Burgess, the lead singer of The Charlatans, tweeted: "Sad to hear of the death of Harry Goodwin - a true unsung hero of music photography."

Born in Manchester, Mr Goodwin started his working life in his father's bookmaking business, having served in the armed forces during World War II.

In 1964 he became in-house photographer for Top Of The Pops when it was filmed in Manchester at its studio on Dickenson Road.