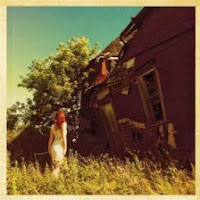 Tara Rice is a Toronto based singer-songwriter, and her new EP, the six-track “Panorama” is frequently soothing, sometimes spiky, and more often than not, quite lovely. Produced by Rice and Sködt McNalty, the pair have put together a collection where every musical piece seems to have fallen into place. That’s no mean feat when we consider Rice’s range of influences and the often-conflicting approaches she takes to her music.

If you’re looking for a neat label to file Rice under, alternative folk-rock seems to be the consensus opinion, but it really only tells part of the story. Take the opening track “Stones”; the instrumentation includes cello, and something percussive, which I can’t put a name to, but maybe East Asian, or wholly synthesized. The effect is ethereal and haunting, and taps into a gothic romanticism, which brings to mind artists like Mazzy Star and All About Eve. And I should mention, Rice’s voice is stunningly good – pure, with infinite emotional depth.

“Stones” is followed by “Vampires”, where we hear a whole new aspect to Rice’s repertoire. The track begins and ends relatively sedately, the metaphorical bloodsucking tale is told in quirky pop tones, but the middle section is almost feral – guitars squall and vocals distort – and the effect is thoroughly arresting.

“In Harm” embraces a darker side, and “Oh, Tim” will remind some of the peculiar narratives that used to appear on early Kate Bush album. “If You Were My Monster” digs deep into old world mythology and is elevated with barbed rhythms, and final track “The Emerald Horizon” returns the listener to earth – literally - with plentiful natural imagery.
www.tararice.com
www.facebook.com/tararicemusic
www.tararice.bandcamp.com
Tara Rice CD Baby Page
Phil S.