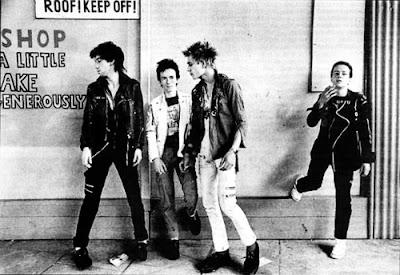 The Clash are to be given an honorary award recognising their contribution to the music industry at the Silver Clef Awards next week.

Mick Jones, the guitarist and co-frontman of the group which split up almost 30 years ago, said it was a "real honour" to receive the award.

Other newly announced recipients include The Kinks' Ray Davies, who will get an ambassador of rock award.

As well as punk, The Clash also embraced reggae, blues and funk on their albums.

The band's Joe Strummer died in December, 2002 but Jones and bass player Paul Simonon have gone on to perform together again, touring with Gorillaz.

David Munns, chairman of music charity Nordoff Robbins, which organises the awards, said: "The Clash's music has just as much influence today as it did when they first came onto the music scene in 1976.

"It is no wonder London Calling has been described as one of the most influential rock albums of all time. Having been enormously influential in the UK music scene for over 35 years, I can think of no band more deserving of this award than The Clash."

Other award winners to be honoured at the event in London on 28 June include Coldplay, Labrinth, Alison Moyet and Barry Gibb.

The winner of the best live act prize will be announced on the day.