Alison Moyet to be honoured at Silver Clef Awards 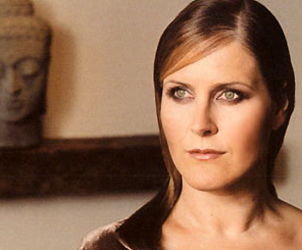 Alison Moyet is to be honoured with the Icon Award at this year's Silver Clef Awards.

The annual event, which takes place at the end of June, is in aid of the music therapy charity Nordoff Robbins.

Moyet said she was honoured to be recognised by the charity.

"I've admired their work for many years and it feels really special to be recognised by them as an 'icon'," she said.

She will receive her honorary award from her friend Dawn French at the ceremony in London.

Moyet found fame in the 1980s with Yazoo and has had a successful solo career, as well as starring in West End productions.

Last month she released her 8th studio album, The Minutes.

She told the BBC that making the album had been her most enjoyable studio experience because she had "taken herself away from the record companies" to make it the way she wanted.

She said that when singers got to a certain age, "the only record anyone wants to make with you is a covers album".

The Silver Clef Awards will take place at the London Hilton on 28 June.

Ten awards will be presented at the ceremony.

Other winners include Bee Gees star Barry Gibb, who will receive a lifetime achievement prize and Coldplay, who will pick up the best British act.

Trumpet soloist Alison Balsom will receive the classical award and Labrinth, will be given the innovation award.

Organisers hope to raise £500,000 from the awards to fund 20,000 music therapy sessions for children and adults across the UK.