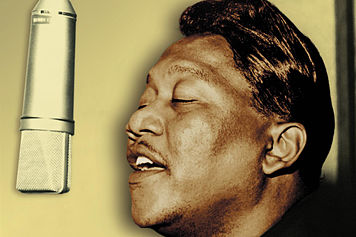 Bobby "Blue" Bland, the blues and soul singer whose most memorable songs included Further On Up the Road and Turn On Your Love Light, has died.

The 83-year-old died on Sunday at home in Memphis, Tennessee, surrounded by his relatives, after complications from an ongoing illness, his son Rodd said.

Known as "the Sinatra of the blues", Bland was influenced by Nat King Cole's smooth vocals and lavish arrangements.

The singer was inducted into the Rock and Roll Hall of Fame in 1992.

The hall of fame described him as "second in stature only to BB King as a product of Memphis's Beale Street blues scene".

"He brought a certain level of class to the blues genre,'' said Lawrence "Boo" Mitchell, son of veteran musician and producer Willie Mitchell, who worked with stars including Al Green.

"He's always been the type of guy that if he could help you in any way, form or fashion, he would,'' Rodd Bland added.

The singer, who at one stage in his life worked as BB King's valet and chauffeur, was born in Rosemark, Tennessee, before moving as a teenager to nearby Memphis.

There, he was a founding member of the Beale Streeters, a loose-knit blues outfit that also included BB King and Johnny Ace.

He recorded in the early 50s with Sam Phillips, who also discovered Elvis Presley, at Sun Records - but it was not until several years later, following a stint in the army, that Bland found success.

His first number one in the R&B charts was Further On Up The Road in 1957, followed by I'll Take Care Of You in 1960 and a string of other R&B hits including Turn On Your Love Light in 1961.

In the same year he recorded I Pity the Fool, which was later picked up by singers including David Bowie and Eric Clapton, who also made Further On Up the Road part of his repertoire.

Unlike many stars of the time, he played no instrument, relying solely on his raw, gospel-toned vocals to propel the music. That fusion of soul and blues, memorably highlighted on the 1961 album Two Steps From The Blues, paved the way for the likes of Stax and Muscle Shoals later in the decade.

Rolling Stone magazine named the album one of its 500 most influential of all time, noting that Bland's performance on the songs I Pity the Fool and Lead Me On "may just be some of the purest, most heartbroken singing you'll ever hear".

The singer's style mellowed over the years, although a couple of albums with his old collaborator King in the 1970s kept his profile, and sex symbol status, high.

Although his output waned in later life, his legacy was kept alive by hip-hop artists such as Jay-Z, who sampled his song Ain't No Love In The Heart of the City.