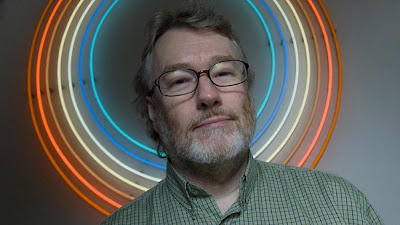 Author Iain Banks has died aged 59, two months after announcing he had terminal cancer, his family has said.

Banks, who was born in Dunfermline, Fife, revealed in April he had gall bladder cancer and was unlikely to live for more than a year.

He was best known for his novels The Wasp Factory, The Crow Road and Complicity.

In a statement, his publisher said he was "an irreplaceable part of the literary world".

A message posted on Banksophilia, a website set up to provide fans with updates on the author, quoted his wife Adele saying: "Iain died in the early hours this morning. His death was calm and without pain."

Publisher Little, Brown Book Group said the author was "one of the country's best-loved novelists" for both his mainstream and science fiction books.

"Iain Banks' ability to combine the most fertile of imaginations with his own highly distinctive brand of gothic humour made him unique," it said.

After announcing his illness in April, Banks asked his publishers to bring forward the release date of his latest novel, The Quarry, so he could see it on the shelves.

On Sunday, it was revealed the book - to be released on 20 June - would detail the physical and emotional strain of cancer.

It describes the final weeks of the life of a man in his 40s who has terminal cancer.

Speaking to the BBC's Kirsty Wark, Banks said he was some 87,000 words into writing the book when he was diagnosed with his own illness.

"I had no inkling. So it wasn't as though this is a response to the disease or anything, the book had been kind of ready to go," he said.
"And then 10,000 words from the end, as it turned out, I suddenly discovered that I had cancer."

Little, Brown said the author was presented with finished copies of his last novel three weeks ago.

Banks' first novel, The Wasp Factory, was published in 1984 and was ranked as one of the best 100 books of the 20th Century in a 1997 poll conducted by book chain Waterstones and Channel 4.

The writer also penned sci-fi titles under the name Iain M Banks. His most recent book, The Hydrogen Sonata, was released last year.

Fellow Scottish author Ken MacLeod paid tribute to Banks, saying he had "left a large gap in the Scottish literary scene as well as the wider speaking English world".

"He brought a wonderful combination of the dark and the light side of life and he explored them both without flinching," he said.

"He brought the same degree of craft and skill and commitment to his science fiction as he did to his mainstream fiction and he never drew any distinction in terms of his pride in what he was doing."

Another contemporary, Iain Rankin, told the BBC that Banks was "fascinating, curious and full of life".

"He didn't take things too seriously, and in a way I'm happy that he refused to take death too seriously - he could still joke about it," he said. "I think we all thought he would have a bit longer than he got.

"You never knew what you were going to get, every book was different."

Other authors to pay tribute included Irvine Welsh, who tweeted: "RIP Iain Banks. One of the finest writers and greatest imaginations ever."

Scotland's First Minister Alex Salmond said: "Iain was an incredibly talented writer whose work, across all genres, has brought pleasure to readers for over 30 years.

"His determination not just to complete his final novel but also to reflect his illness in the pages of his work, will make that work all the more poignant and all the more significant."

After announcing his illness, Banks had described being "hugely moved" by the public support for him through his website.

"Still knocked out by the love and the depth of feeling coming from so many people; thank you, all of you," he wrote on Banksophilia last month.