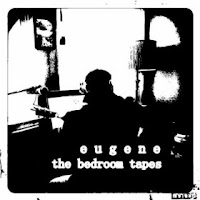 The origins of the anti-folk movement are to be found in New York City, when songwriters like Lach and Roger Manning decided some sort of rebranding was in order after local folk bookers, still preoccupied by the Greenwich Village scene from two decades before, wouldn’t let them play their post-punk, acoustic songs. Of course, all good things tend to spread, and anti-folk scenes were soon to be found far and wide - which of course is nothing more than a roundabout way of introducing Eugene Gallagher, an anti-folk singer-songwriter from Stratford, Connecticut.

His new album (recorded in various bedrooms – thus the title) won’t be winning any prizes for production, but its back to basics, homegrown approach doesn’t lack charm. Voice and guitar provide most that’s required, and within those confines Gallagher does a sterling job, telling his tales and backing them effectively. In fact, his musicianship is instantly appealing on opening cut “Cry Me a River” – the guitar is raw and unadorned and the rattling percussion might be nothing more that fingernails on a pickguard, but it comes together just fine.

You’ll not have to wait long for further highlights; “Cabinet Killer” brings to mind the first Matt Johnson record – raw, melodic and vaguely unnerving – and “Tomorrows Evident” is both awkward and psychedelic. Gallagher has been self-recording and releasing music since 2005 – mostly under just his first name - so he’s hardly a novice when it comes to getting the sound he wants. That experience tells throughout “The Bedroom Tapes” and fans of early Elliott Smith records, or Lou Barlow, both with Sebadoh and solo, will find a kindred spirit here.
www.theugene.com
www.facebook.com/Eugene-Gallagher
Eugene Gallagher CD Baby Page
Eugene CD Baby Page
Phil S.