Black Sabbath back at top of the album charts 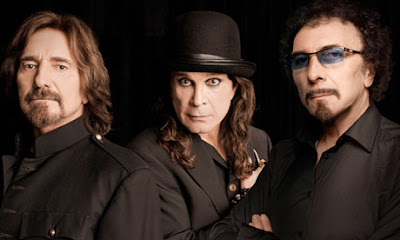 Black Sabbath have scored their first number one album in the UK for nearly 43 years.

"I'm in shock!" said 64-year-old Osbourne. "The success of this album has blown me off my feet."

The band last topped the charts in 1970 with their second album, Paranoid.

The current album, which reunites three of the four original band members, has taken more than two years to write and record.

Early in the process, original drummer Bill Ward walked out over a contract dispute - and was replaced by Rage Against the Machine star Wilk - and Iommi was diagnosed with cancer in December 2011.

"When Tony got stricken by cancer, we went 'This is ... insane.' But he turned up every day," Osborne said in a interview earlier this week.

In addition, Osbourne, who was fired from the band for substance abuse in 1979, began drinking again while making the new album. He recently announced he had been sober for four months. Iommi is in remission.

"It's all manufactured bull these days. But the likes of Rod, and Elton John and us have got something different. We know our craft," said Osbourne.

In the UK singles' chart, American R&B star Robin Thicke garnered his third consecutive week at number one with Blurred Lines. The track has so far sold more than half a million copies.

The Voice hopeful Leah McFall scores the first top 10 hit for a contestant from the BBC One show, moving into eighth place with her rendition of the Gloria Gaynor classic, I Will Survive.