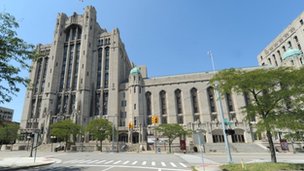 A legendary music hall in Detroit is to be named after Jack White after the musician "saved" it from auction.

The White Stripes star anonymously paid the $142,000 (£92,480) tax bill for the Masonic Temple, where Jimi Hendrix, The Who and the Rolling Stones performed. 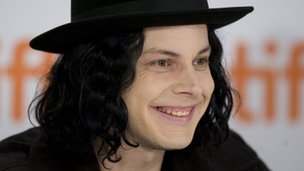 He intervened days before the 14-storey venue was to be put up for sale.

"Jack's donation could not have come at a better time," Roger Sobran told the Detroit Free Press. "We are eternally grateful to him for it."

The building, which is on America's National Register of Historic Places, has more than 1,000 rooms and a theatre that has hosted top performers for decades.

White, 37, visited the Masonic Temple as a young boy when his mother worked as an usher at one of its theatres.

The Detroit native has since performed at the venue on several occasions.

White was revealed as the anonymous donor on Tuesday by Sobran, who applauded his "magnanimous generosity and unflinching loyalty to this historic building and his Detroit roots".

As a sign of appreciation, the Masonic Temple Association said it would give the temple's 1,586-seat Cathedral Theatre a new name - The Jack White Theatre.

"We could not be more humbled to bestow this honour on Jack," said Sobran.