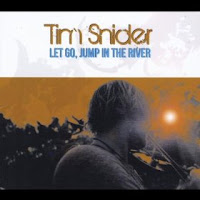 Tim Snider wanted to play violin from a very early age. An Itzhak Perlman performance on Sesame Street when he was just three-and-a-half years old was his earliest musical inspiration, and it was classical music that first provided the impetus to learn his instrument. Over the years other influences came into play, from exposure to rock music (he dropped the violin and picked up a guitar), a Ben Harper gig turned him onto songwriting, and sojourns in Spain and Cuba introduced flamenco, salsa and Afro-Cuban rhythms into his repertoire. Returning to college, he spent a year studying jazz, and rediscovering his love of classical music – and went back to the violin.

That’s a lot of music for one so young, but it’s experience that’s served him well. He’s shared bills with artists as diverse as Steel Pulse to Robert Randolph and the Family Band, as well as touring a large chunk of the world playing his own music, a world-folk-jazz-pop hybrid that’s aimed at the heart, the brain and the feet.

On his new album, recorded with the assistance of a large group of musical friends, Snider brings his influence together in ways that are vital and powerful. Songs are propelled by the rhythms of Southern Europe and the Americas, and his songs get under skin in a most agreeable way. “Hurricane” gets things going, pushed along by serious strings, and preparing the ground for the remarkable “Jump In” – the semi-official title track – where his vision (and concept) truly comes together. It’s about letting go and grabbing life, and musically that’s just what Snider’s doing – with side helpings of driving rhythm and radio friendly hooks.
www.timsnidermusic.com
www.facebook.com/Tim-Snider-Music
Tim Snider CD Baby Page
Phil S.

Email newsletters for bands at ReverbNation.com