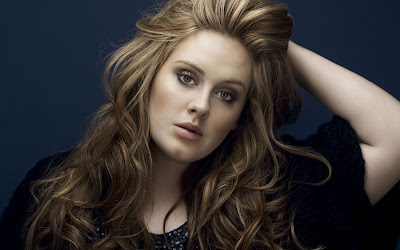 British artists have achieved their highest ever share of global album sales.

Figures from the British Phonographic Industry show UK acts gained 13.3% of worldwide sales in 2012, up from 12.6% the previous year.

Big selling albums from Adele, One Direction and Ed Sheeran contributed to the total.

The BPI confirmed Adele's 21 was the biggest selling album in the world for the second year running.

UK acts have claimed the world's top-selling album for five of the past six years.

Geoff Taylor, BPI Chief Executive, said: "Music is fundamental to Britain's identity as a nation and the world is singing with us."

One Direction's two albums - Up All Night and Take Me Home - were among the top five for 2012 in terms of global album sales.

In the USA, British acts accounted for one in seven of albums sold in 2012, their biggest share on record.

Adele, One Direction and Mumford & Sons claimed four of the five biggest-selling artist albums in America.

In the UK, British acts represented a 51.9% share of album sales.

Music executives have called on the government to support the UK music industry and its contribution to the economy.

"The time is right for Government to back innovative businesses like music that can lead the economy back to growth," said Geoff Taylor.

Speaking at a reception marking 40 years of the BPI, the Prime Minister David Cameron praised the industry.

"British music is enjoyed across the world and we will keep backing our creative industries that support jobs, create opportunities and contribute to the economy."