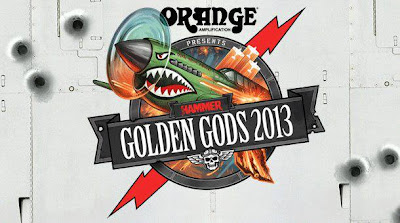 They won best UK band and best album for 13, which became their first chart-topping album for 43 years on Sunday.

The honorary Golden God award went to fellow rock veterans Motorhead for their contribution to shaping the world of rock. 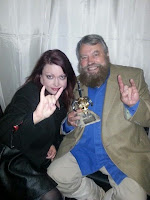 Actor Brian Blessed, whose work ranges from Shakespeare to Flash Gordon, was given the Spirit Of Hammer award, which is to celebrate well-known figures who "encapsulate the passion and essence" of metal.

US band Alice In Chains were named Icons of the Year while Thin Lizzy guitarist Scott Gorham took the Riff Lord award.

Alexander Milas, the editor of Metal Hammer magazine, said: "From honouring the lords of our world Black Sabbath and the crown princes of rock and roll Motorhead, as well as today's most cutting-edge acts, there's simply no other event like it.

"In the spirit of tonight's Spirit of Hammer winner Brian Blessed, the message of tonight's outrageously entertaining event is clear... metal's alive."

Stone Sour were named best international band and best new band was won by Bleed from Within.

Gojira took the prize for best live band and best breakthrough band was given to Asking Alexandria.