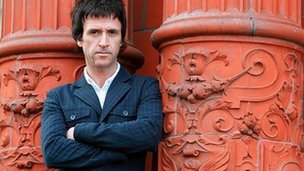 A music festival due to take place on the Isle of Man next month has been cancelled due to poor ticket sales, according to organisers.

The event was scheduled to take place on 6 July at Nobles Park with a line up including Primal Scream, Paloma Faith, Johnny Marr and Laura Mvula.

A festival spokesman said: "Refunds should be directed to the agent from where tickets were purchased."
"The event can't move forward due to the lack of ticket sales," he added.

"The risk in pursuing the event would put businesses on and off the Island in jeopardy," the spokesman said.

"A great Festival was planned for the Isle of Man - with global artists, international and local media partners and world reaching sponsors. Sadly, this cannot now be realised."