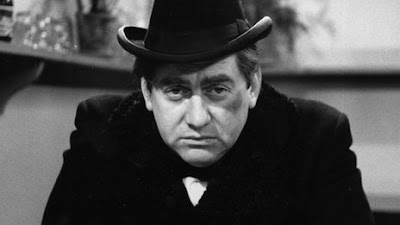 A collection of rare radio scripts recorded by comedy stars such as Tony Hancock, Spike Milligan and Peter Sellers are being sold.

The "extraordinary and rather moving" collection has been catalogued by actor and rare books dealer Neil Pearson.

It includes seven or eight scripts for episodes of the radio series Hancock's Half Hour, the recordings of which have been lost.

Other items include original scripts for early episodes of The Goon Show.

"The recordings of these episodes have been lost. People are not buying the copyright, they're buying the artefact," Pearson explained to the BBC.

"Some of the scripts are heavily annotated by technicians or the performers. What collectors are buying is that direct link back to the time when the show was made."

Pearson, who has been collecting books for more than 30 years alongside his acting day job, has set up his own rare books dealership.

The Hancock scripts include one 1955 episode where Hancock and Sid James travelled to Swansea to thank Harry Secombe, who had replaced Hancock for three episodes when he failed to turn up.

They found Secombe singing down a coalmine, but the recorded episode was wiped and is lost, so the script is the only record of it.

Another features Hancock dreaming he is Father Christmas and is being prosecuted in court by Sid James for not carrying out his duties properly. 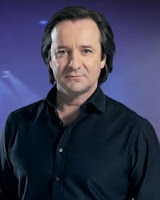 Pearson, who is probably best known for his role in 1990s Channel 4 comedy Drop the Dead Donkey and crime drama Between the Lines, said several items in the catalogue would excite collectors.

"We have two of Terry Nation's own scripts that pre-date Doctor Who. In 1963 he invented the daleks and wrote the fifth ever episode of Doctor Who," explained Pearson.

"The two scripts we have are from the 1950s, including Fine Goings On which starred a very young Frankie Howerd."

The collection also includes an original script for the one and only episode of Terry's Topics in 1947, an early attempt to launch Terry-Thomas as a radio star.

Co-written by Terry-Thomas and Frank Muir, the show was recorded but never transmitted, and is now lost.

There are also a number of original scripts for The Goon Show, including one from the first series when it was called Crazy People.

"This is material that the book trade tends not to find, as they tend to be looking elsewhere," said Pearson.
"I've spent my professional life around this kind of material and somehow this fabulous collection has made its way to me."