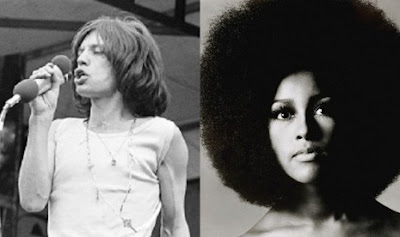 A collection of love letters written by Mick Jagger to American singer Marsha Hunt has sold at auction for £187,250.

The "beautifully-written and lyrical" letters were penned in the summer of 1969 while the Rolling Stones frontman was in Australia.

They are believed to be the inspiration for the band's hit single Brown Sugar.

Hunt confessed she was selling them because she needed the money.

"I put these letters in a bank 30 years ago thinking that our daughter would find them valuable as an adult," she told the BBC.

"Who could have anticipated that rock 'n roll would remain so popular, that 30 years on this band would still be performing?"

The letters were written to Hunt, the then face of the West End production of Hair, in July and August 1969 while Jagger was filming Ned Kelly in the Australian outback.

At the time, his relationship with Marianne Faithfull was under strain - she was due to play the lead role in the film but attempted suicide in Australia and went back to England.

"The passage of time has given these letters a place in our cultural history," Hunt said after the sale.

"1969 saw the ebbing of a crucial, revolutionary era, highly influenced by such artists as The Beatles, The Rolling Stones, James Brown and Bob Dylan.

"Their inner thoughts should not be the property of only their families, but the public at large, to reveal who these influential artists were - not as commercial images, but their private selves," she said.

Jagger's relationship with Hunt, with whom he had his first child, Karis, was kept under wraps until 1972.

She told the BBC that the term 'love letters' was "possibly the wrong thing to call them". 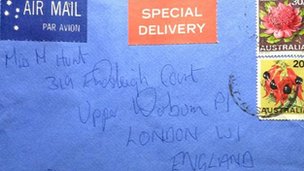 "There's nothing salacious in them. This is somebody reflecting what is going on in his life at a particular time when, because of his age - he was actually 25 when he went off to Australia - you're really looking at somebody in their artistic prime, talking about filming, talking about music, talking about the future, and they are reflective.

"There has been a growing 50-year history of this person as a writer and as an influence upon young people," she said.

"It would have been criminal for these letters not to become public. One has to look at the fact that somebody has become historically important."

Hunt told the Guardian newspaper that she was selling the letters because she had been unable to pay her bills.

The letters were the centrepiece of an English literature and history sale at Sotheby's which also also included song lyrics and a Rolling Stones playlist.