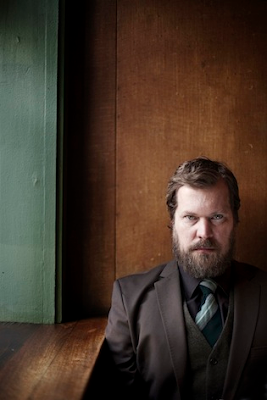 After a breakthrough year that saw his exceptional solo debut "Queen Of Denmark" win MOJO’s album of 2010 and countless other accolades John Grant hasn’t rested on his laurels but created a follow-up that underlines his uncanny and charismatic talents.

Recorded in Iceland and featuring Sinead O’Connor on guest vocals, the brilliant "Pale Green Ghosts" adds sublime notes of dark, gleaming electronica to the anticipated velveteen ballads, calling on all of Grant’s influences and tastes, presenting an artist at the peak of his powers.

John Grant has also just announced a headline show at London's Heaven for the week of album release, the tickets of which go on-sale tomorrow morning. Date/info below:

Directed by regular Bella Union collaborator Alex Southam, the video to "Pale Green Ghosts" has just been unveiled and can be viewed HERE