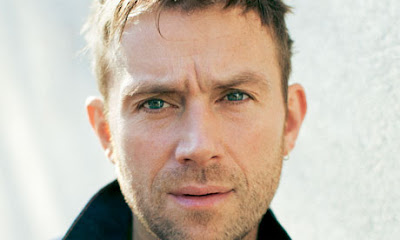 Blur frontman Damon Albarn has been nominated for UK producer of the year at the upcoming Music Producers Guild (MPG) Awards.

He will compete against Paul Epworth, who produced Adele's Bond theme, Skyfall, and Jake Gosling, who worked with Ed Sheeran and Palmoa Faith.

The prize automatically earns the winner the Brit Award for best producer.

It will be presented at a London ceremony on 7 February.

The Beatles producer Sir George Martin will also receive an outstanding contribution award on the night.

He also co-produced Blur's double A-side single Under The Westway and The Puritan, released ahead of the band's Olympic gig in July.

Epworth previously won the award the 2010 after co-producing Florence and the Machine's debut album, Lungs.

He was also nominated last year, but lost out to Laura Marling's producer, Ethan Johns.

As well as Skyfall, Epworth has also helmed albums by The Big Pink and Florence and The Machine in the last 12 months.

It is the first time Albarn and Gosling have made MPG's list in any of its categories, which also include international producer of the year, breakthrough producer and re-mixer of the year.

The album of the year category recognises Mercury Prize winners Alt-J for their debut, An Awesome Wave. They go up against Ed Sheeran, Florence and The Machine and Paloma Faith.