Donna Summer to join Rock and Roll Hall of Fame 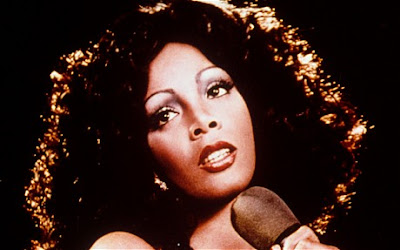 Disco diva Donna Summer is to enter the Rock and Roll Hall of Fame along with seven other inductees in April 2013.

The late singer left her indelible imprint on the pop landscape in the 1970s and 1980s with world smash hits like I Feel Love.

It was the sixth time that Summer, who died this year aged 63, had been shortlisted for the honour.

Producers Quincy Jones and Lou Adlers will receive the Ahmet Ertegun Award, handed out to non-performers.

In total the shortlist featured 15 nominees. To be eligible, acts had to have released their first single or album no later than 1987.

The disco queen rose to fame in 1976 with the smash hit Love to Love you Baby.

Three years later, her singles Hot Stuff, Bad Girls and No More Tears, a duet with Barbara Streisand, all shot to number one in the charts.

Public Enemy - formed in 1982 by rappers Chuck D, Flavor Flav, Professor Griff and DJ Lord - is widely considered to have given a social conscience to early hip hop, with politically charged tracks such as Fight the Power.

"This year's class of inductees again represents the broad, compelling and significant definition of rock and roll," said Joel Peresman, the president of the Rock and Roll Hall of Fame Foundation.

For the first time fans were invited to participate in the vote, traditionally reserved for ex-inductees.

Members of the public were asked to cast their ballots online. The votes for the top five artists were then tallied to those cast by some 500 music industry personnel.

All eight winners will officially join the Hall of Fame at a ceremony in Los Angeles on 18 April next year.

To date, the Hall counts 279 inductees, including Elvis Presley, the Red Hot Chilli Peppers and U2.