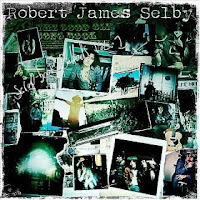 Born and raised in Yorkshire, and now resident in London, Robert James Selby paid his troubadour dues traveling Europe, singing on street corners, sleeping on floors, and generally having the time of his life. He considers himself a poet rather than a songwriter, and his influences err towards Byron and Keats rather than the well-worn names that tend to crop up in reviews.

I can’t say I’m too au fait with the romantic poets, or poetry in general. I did write a limerick one that was hilarious, but I can’t remember the last line, so it’ll have to remain unpublished - for now. Selby takes his words considerably more seriously, which isn’t to say that he doesn’t lighten the mood when required. In contrast to the majority of his contemporaries, he’s quite willing to accompany his words with upbeat, energetic tunes, and “Hard Love” and “Cats Of Pere Lachaise” provide a lively launch for the album. Elsewhere he revisits the delights of 1980s indie on “I Still Adore” (even the title is suggestive of C86, Morrissey/Marr, Stone Roses and Sarah Records), and “Song To Soho”, a paean to London’s most misunderstood district, is sweet and gentle. Throughout “Scrap-Book Ballads…” Selby eschews the solo approach, and his supporting cast of musicians add considerable nuance and depth to a fine collection.
http://robertjamesselby.com/
http://www.facebook.com/robertjames.selby
Tony S.