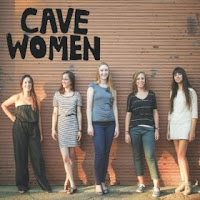 All five members carry impressive musical CVs, and there’s a wealth of experience between them. It’s perhaps surprising then that the presentation isn’t quite as showy as expected. There are solos, and some of the playing is inspired – the interaction between flute and guitar on “Fall” impresses more each time I hear it – but the song and vocals invariably take centre stage. Other highlights are plentiful; “Blizzard” loops and cajoles, and concludes with a sublime guitar solo, and “Balloons”, with its mix of time signatures and jerked rhythms contains almost an album’s worth of ideas on its own.
www.cavewomenmusic.com
www.facebook.com/cavewomenmusic
www.cavewomen.bandcamp.com
Tony S.