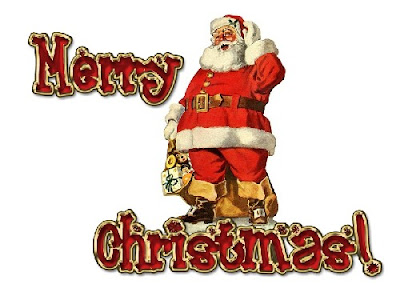 In our household there’s an unwritten rule; come the 1st December, the only music to be played is Christmas music. Now, I’m sure you’re aware of the old saying, “rules are made to be broken”, but not this one. Any deviation, and you’re out, and believe me, no-one wants to be homeless for the holidays.

Every year there’s a glut of new Christmas music released onto the market, it’s my duty, honour and pleasure to listen to as much of it as possible and report back accordingly. So, flip your Cliff Richard calendar to December (he’s looking lascivious on a quad bike), break out the new eggnog and read on…

The Sweetback Sisters – Country Christmas Singalong Spectacular (Signature Sounds)
You can’t beat a drop of old-school country at Christmas, and the best of the bunch are The Sweetback Sisters. Their “Country Christmas Singalong Spectacular” is cheesy perfection - their voices soar through a collection of standards, and their honky-tonk backing band rip it up like they don’t expect to make the new year. It’s hot stuff, and their covers of “Santa Claus Is Coming To Town” and “Rocking Around The Christmas Tree” are as good as any versions I’ve ever heard. And I’ve heard a lot.

Various Artists – XO For The Holiday Volume 5 (XO Publicity)
Every year XO Publicity releases a collection of Yule tunes recorded by artists and groups on their roster. It’s presented as a free download, so all you’ve got to do is hit the link below and it’s yours (together with the previous volumes – if you want them). I love it when indie kids get jiggy with Christmas, and XO never disappoint. Highlights are Blue Skies For Black Hearts’ “Maybe Next Christmas”, Robert Burnham’s “White Christmas” and Piney Gir’s “It’s Christmas Time Again”. I long to pinch their rosy red cheeks and send them on their way with a pound clasped in their mittens.

Belshazzar’s Feast – Stocking Fillers (Unearthed)
Folk music and Christmas go together like turkey and proper bread sauce, so the Feast’s “Stocking Fillers” collection works for me. Mostly it’s traditional songs and tunes arranged by the duo of Paul Sartin (vocals, oboe and violin) and Paul Hutchinson (accordion), and without wishing to get all Dickensian on your skinny, Scrooge-like poop-shoots, “Stocking Fillers” is the ghost of Christmas past made real. Indeed, its old-world appeal is best enjoyed in a high-backed chair, in front of a roaring fire, port glass in hand. Check out the album cover for an explanatory diagram.

Tracey Thorn – Tinsel And Lights (Strange Feelings)
This sounds like it was recorded in July, by members of Al-Qaeda. Now I can appreciate Tracey Thorn under normal circumstances, but Christmas isn’t a normal time of the year. It’s a celebration and this joyless collection of downer break-up songs does as much for the festive spirit as a Christmas Day lunchtime screening of “Sophie’s Choice”. It’s being marketed as a collection of Christmas songs for people who don’t much like Christmas songs. Really? Did we lose a war or something?

The National Jazz Trio Of Scotland – Christmas Album (Karaoke Kalk)
There is space for melancholy at Christmas time, and this is how it should be done. Okay, they’re not a trio, and their understanding of jazz is loose, but there’s no doubting their Scottish dourness. Bill Wells and his troupe, including Aidan Moffat and Norman Blake, and with various guest vocalists, interpret a dozen well-known Christmas hymns to devastating effect. Haunting and poignant, these songs, and their delicate arrangements, resonate long after silence has reclaimed the room. Perhaps not the ideal soundtrack for your Christmas party, but when the guests have all gone home, and you’re enjoying one final whisky before bedtime, you’ll not find a more perfect album to play.
www.thesweetbacksisters.com
www.xopublicity.com
www.belshazzarsfeast.co.uk
www.traceythorn.com
www.karaokekalk.de
Rob F.