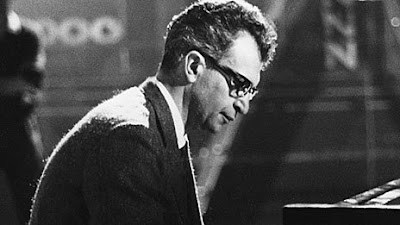 The musician, whose recordings included Take Five and Blue Rondo a la Turk, was once designated a "living legend" by the US Library of Congress.

He died on Wednesday morning in hospital in Connecticut, his manager Russell Gloyd told the Chicago Tribune newspaper.

The musician, who toured with the likes of Duke Ellington and Ella Fitzgerald would have turned 92 on Thursday.

Mr Gloyd said Brubeck died of heart failure after being stricken while on his way to a cardiology appointment with his son Darius.

Neil Portnow from The Recording Academy called Brubeck "an iconic jazz and classical pianist" and "a great legend".

He said the musician "showed that jazz could be artistically challenging yet accessible to large audiences".

Brubeck enjoyed phenomenal success with The Dave Brubeck Quartet in the 1950s and '60s, selling millions of albums.

Their 1959 album, Time Out, was significant for its use of uncommon, complex time signatures - influenced by the pianist's classical training.

The record spawned Take Five, the biggest-selling jazz single of all time - and used as the theme tune to several TV programmes throughout the years, including Channel 4's Secret Life of Machines, and NBC's Today programme.

It was, however, the one track on the album not written by Brubeck himself, having been composed by his long-time saxophonist Paul Desmond.

The song was a staple of the band's live set for the rest of their careers, with each musician leaving the stage one at a time after their respective solos, until only drummer Joe Morello was left.

Although Brubeck disbanded the quartet in 1967 to enable him to concentrate on composing, they reconvened regularly until Desmond's death in 1977.

The musician had several other touring bands over the years, and three of his five sons would regularly join him in concert in the 1970s.

Born in California, Brubeck's mother was a keen pianist, and the musician later joked that he had been introduced to the instrument while still in the womb.

She was his tutor in his formative years, during which time the family moved to a cattle ranch in the foothills of the Sierra Nevada mountains.

He worked alongside his father, describing himself as a "cowboy," and originally intended to become a vet, before weekend jobs playing piano in local nightclubs convinced him to study music.

A future cover star of Time Magazine, it was his teacher, the French composer Darius Milhaud, who encouraged him to turn to jazz.

He went on to compose some 250 jazz pieces and songs. He also wrote music for ballet (Points of Jazz), orchestral works (Elementals), oratorios (The Light in the Wilderness) and other sacred music.

His jazz opera Cannery Row Suite premiered in Monterey , California in 2006, and he co-wrote a new orchestral work Ansel Adams: America - which saluted the celebrated artist - in 2009.

Famed for his experiments with harmonies, he is considered one of the most influential composers in modern jazz, helping to expand the horizons of the genre.

He also proved to be an influence on musicians outside the jazz sphere. Billy Joel once said that what the Beatles' seminal Sergeant Pepper album was to most other rock musicians, Take Five was to him.

In France, Brubeck was made an Officer of the Order of Arts and Letters in 1990. His home country gave him the National Medal of Arts in 1994, and two years later he was awarded a Grammy for lifetime achievement.

Brubeck continued to compose, play and record in his later years. His final release was the 2007 solo piano album Indian Summer.

"When you start out with goals - mine were to play polytonally and polyrhythmically - you never exhaust that," he told The Associated Press in 1995.

"I started doing that in the 1940s. It's still a challenge to discover what can be done with just those two elements."

The musician is survived by his wife, Iola; four sons and a daughter; and his grandchildren.