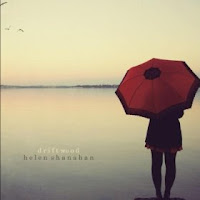 A singer-songwriter in the classic tradition, Helen Shanahan has crafted an eight-song collection that’s incredibly easy on the ear, but the hooks are barbed and once they’ve attached themselves to their target, there’s no escape. In her native Australia the album’s title track has already picked up the Western Australian Music Industry Association’s ‘Song of the Year’ award in the ‘Folk’ category, which luckily coincided with the album’s release, and critical plaudits will naturally follow. We’re more than happy to join in.

“Close to You” is a pristine opening cut. Shanahan possesses a distinctive, adaptable voice, which is conspicuous in its ability to deliver a line full of depth and emotion, without resorting to multi-octave vocal gymnastics. It’s a compelling four-minutes and an impressive way to launch her debut long player (she released a six-track EP in 2009), but it’s matched by the stirring title track, and songs like “Play the Fool” and the remarkable “He Says” make for an incredibly consistent listening experience. “Driftwood” is an album of first class folk-pop songs, sung with genuine zeal. Miss it at your peril.
www.helenshanahan.com
www.facebook.com/Helen-Shanahan
Phil S.