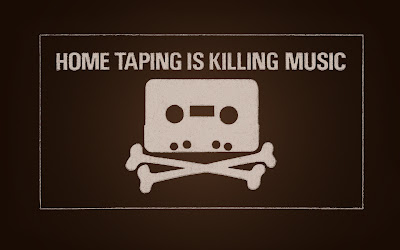 Making digital copies of music, films and other copyrighted material for personal use is to be made legal for the first time under government plans.

It has previously been illegal in the UK to rip songs from a CD to a digital player or transfer eBooks, music, films and games from one device to another.

But people will still not be allowed to share the copies with others.

Business Secretary Vince Cable said the move was "not only common sense but good business sense".

"Bringing the law into line with ordinary people's reasonable expectations will boost respect for copyright, on which our creative industries rely," he said.

"We feel we have struck the right balance between improving the way consumers benefit from copyright works they have legitimately paid for, boosting business opportunities and protecting the rights of creators."

But musicians and songwriters complained that they will lose out.

The Musicians' Union and British Academy of Songwriters, Composers and Authors said all other European countries with a similar law also have some form of levy on items like blank CDs and media players to compensate creators.

Musicians' Union general secretary John Smith said: "We feel strongly that the lack of fair compensation will significantly disadvantage creators and performers in relation to the vast majority of their EU counterparts.

"Why would the UK government want to discriminate against its own creators, particularly since the creative economy is one of the consistent areas of economic growth?"

The change in the law will also make it easier for teachers to use copyright materials on interactive whiteboards, for people to make parodies of copyrighted works and for writers to quote other sources.