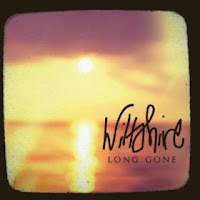 William Wiltshire’s debut offering is a seven-track mini-album that leans heavily on the Americana tradition, but possesses a voice all its own. The Florida native tackles issues normally considered beyond the realm of mainstream singer-songwriters, primarily old-time religion, death and desertion, and does so in a fashion that will appeal to devotees and atheists alike. Whilst his subjects and themes are often dark and oblique, his wordplay is equally unconventional, and its artists like Tom Waits, Johnny Cash and Leonard Cohen that most readily come to mind. That’s good company to keep, and there’s surely a fan base waiting for Wiltshire amongst those who rush out to buy new Will Oldham and Bill Callahan records.

“Long Gone” begins in a particularly plainspoken manner; “Promise to the Devil” is swampy and direct in its message. The looping slide guitar adds a bluesy sincerity, a genuineness that sweeps aside the inherent betrayal, and “Killed a Man” is a simple story of manslaughter that evolves into something else altogether. It’s not all murder and maelstroms; “Song for a Girl” is a heartfelt paean to the one he loves, and although they’re sentiments that aren’t commonly expressed on “Long Gone”, here he’s open and forthright, without sacrificing his lyrical subtleties one iota.
www.williamwiltshire.com
www.facebook.com/wiltshiremusic
Tony S.