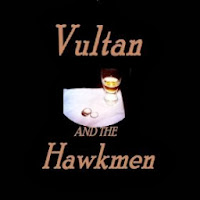 I should mention that Flanagan’s raw take on country music will probably get the execs on Nashville’s music row running to the hills in fear and loathing. There’s absolutely nothing here to suggest future duets with Kacey Musgraves or Taylor Swift, and The Grand Ol’ Opry will not be issuing an invite to perform anytime soon. Instead “Es Que Asi Es” is the sort of alt. county record that might have been released on Bloodshot Records or East Side Digital back in the genre’s heyday, and there’s plenty here to be enjoyed, for those who like their Americana played with rough edges and a knowing smile.

Flanagan and his group take inspiration from some of the greats, including Willie Nelson, Merle Haggard and the Louvins, and then add their own twist. Opening cut “I Don't Like You” provides a perfect launch, it’s lurching rhythm falling somewhere between art-school Terry Allen and the Stones circa “Beggars Banquet”. “Meals” is equally off-kilter, with Curtright’s stuttering guitar taking a less conventional route, and the excellent “Whiskey and Women” surely deserves to be a hit - I’m just not sure where…
www.liamflanaganmusic.com
www.facebook.com/Vultan-and-the-Hawkmen
Vultan and the Hawkmen CD Baby Page
Phil S.