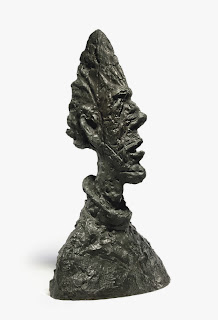 An auction of impressionist and modern art at Sotheby's in New York raised more than $290m (£180m).

Sotheby's claimed sales were driven by the fact that many of the 64 lots had never been auctioned before.

"I wasn't anticipating how many bidders would be chasing the top lots," Sotheby's David Norman told Reuters.

The sale followed a pair of lacklustre auctions at rival auctioneers Christie's earlier this week, when most of the top lots went unsold and totals fell far below even low pre-sale estimates.

"I was concerned that the market was feeling nervous and cautious," said Mr Norman, Sotheby's co-chairman of impressionist and modern art worldwide.

But the market appears to have been buoyed, once again, by investors from Latin America and Asia.

"This is a very sophisticated group of buyers. They enter the market at the highest level... It's really quite extraordinary," he added.

Alberto Giacometti's bronze bust, of his brother Diego, is considered one of his best works, while Picasso's 1935 portrait of his pregnant mistress, Tete de Femme, easily beat its pre-sale estimate of $20-$30m.

Picasso's 1969 Mousquetaire a la Pipe set a new auction record for a late work by the artist, fetching just shy of $31m - about 50 per cent more than its estimate.

The auctions continue next week when Christie's and Sotheby's hold their sales of post-war and contemporary art.