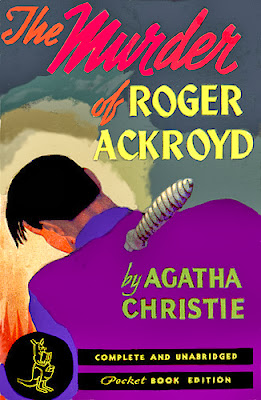 A 1926 whodunit by Agatha Christie has been named the best crime novel ever written by her fellow crime writers.

The Murder of Roger Ackroyd, one of the first Christie books to feature Belgian detective Hercule Poirot, topped a poll held to mark the 60th anniversary of the Crime Writers' Association (CWA).

Ten titles in all made the shortlist put before the body's 600 members.

They included another Christie work - 1934's Murder on the Orient Express - as well as two novels by Raymond Chandler, The Big Sleep and The Long Goodbye.

The Hound of the Baskervilles by Sir Arthur Conan Doyle, The Moonstone by Wilkie Collins and The Nine Tailors by Dorothy L Sayers had also been in contention.

The Silence of the Lambs by Thomas Harris (1988) and On Beulah Height by Reginald Hill (1998) were the most recent works to make the shortlist.

The Murder of Roger Ackroyd sees Poirot investigate the deaths of two residents of a small English village.

The novel ends with an audacious revelation which is now considered one of the most ingenious plot twists in the history of crime writing. 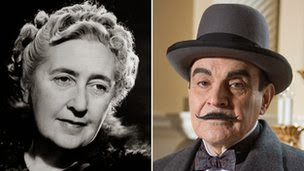 The poll coincides with what will be David Suchet's final TV appearance as Hercule Poirot, whom he first portrayed on television in 1989.

Curtain - Poirot's Last Case, broadcast on ITV on 13 November, will be followed by Being Poirot, a documentary about the actor's experience of playing the famous moustachioed sleuth.

It was announced in September the detective will return in an as yet untitled new novel, penned by the crime writer Sophie Hannah.