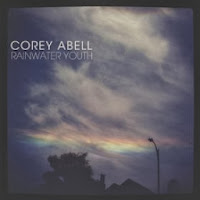 From Vancouver, British Columbia, singer-songwriter Corey Abell inhibits a musical space where various genres intersect, and it’s that cross-spectrum of styles – pop, folk, soul, rock, jazz - that helps make “Rainwater Youth” such a worthwhile listen. The final additions to the equation are Abell’s engaging vocal style and the quality of his songwriting. The result is an album you’ll potentially want to spend considerable time with.

For an independently released debut album, Abell has fashioned a collection that’s both assured and confident. It’s also lyrically rich, with no shortage of fine pop moments or easy, conversational flights. His voice is jazzy, honeyed and relaxed, and on opening cut “Kids First” he keeps things simple, with the buzz of his guitar strings emphasizing the back to basics approach. Even with minimal instrumentation – for the first part, anyway – it remain a remarkably fulsome sound, and when drums, keys, brass, etc. arrives on the scene, it erupts into a massive, messy high.

“Salene” tempers the onslaught, its electronica blending sweetly with Abell’s gentler, acoustic side, and it’s followed by the title track, which is beautifully woozy and laden with echo and half-heard intrigue. On “Georgie, Where Are You Georgie?” a languid strum leisurely moves the song forward, but its lazy countenance does little to disguise a first-rate number.
www.facebook.com/coreyabellmusic
www.coreyabell.bandcamp.com
Phil S.