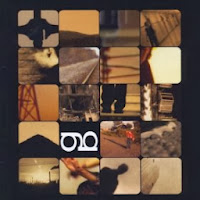 Geoff Barone is something of an enigma. The New York City based singer-songwriter-composer-musician has a CV that includes TV, film, video games and musical theatre, and “Conversation Pieces” is his fourth album, that I know of. It begs the question: why isn’t he better known?

I know there are lots of talented artists out there, toiling away, and never receiving the recognition they deserve, but it’s difficult to understand precisely where Barone is falling short. He certainly has the respect of fellow musicians, as over 20 of them appear on “Conversation Pieces”, and their presence, together with the many instruments they bring into play, gives the collection a depth of sound that brings to mind the grand progressive productions of the early ‘70s.

The fact that it’s a bonafide concept album, with a structured narrative, only adds to the illusion, and fortunately Barone has more than enough talent to match his musical ambitions. Though very much a rock album, he incorporates a range of sounds and styles to tell the tale of a nameless, troubled teen and his journey through high school.

Guest vocalists take roles within the story, and they lend the album a defined filmic quality. Albums like “Tommy” and “The Wall” provide easy reference points, certainly with regard to structure, though “Conversation Pieces” doesn’t sound much like either. In fact it’s almost impossible to come up with easy comparisons, which is always a good thing.

The tracks are merged to present the piece as a seamless whole, and listeners are encouraged to hear the hour-long album in one sitting. As for standout tracks, there isn’t any shortage, but it’s important to hear them in context, so I can only off much the same advice. Get comfortable, open a bottle and enjoy.
www.geoffbarone.com
www.facebook.com/geoffbaronemusic
www.geoffbarone.bandcamp.com
Geoff Barone CD Baby Page
Phil S.