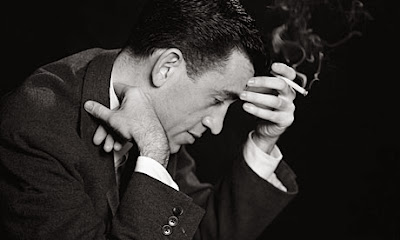 Three short stories by JD Salinger, which the reclusive author did not want published, have been leaked online.

The Ocean Full Of Bowling Balls, Paula and Birthday had previously only been available to read at two American university libraries.

The first title, in particular, is of particular importance, as it inspired elements of The Catcher In The Rye.

A scanned copy of the stories was uploaded to a file-sharing website this week, and rapidly spread online.

The collection, titled Three Stories, features a plain black cover, and also contains a letter from Salinger to his publisher Little, Brown and Company, discussing proof copies of his works.

David Ulin, a book critic with the Los Angeles Times, said that at least two of the stories in the collection were "the real deal".

"I've never read The Ocean Full of Bowling Balls," he wrote. "It's part of a collection of Salinger material at the Princeton University Library and available only to scholars who are supervised as they read.

"I have read the other two stories, however, at the University of Texas' Ransom Center, and the versions of them in Three Stories are the real deal."

"The Ransom Center is relatively free with its manuscripts; visitors can even have photocopies made, although they are prohibited from circulating the work.

"It's more difficult to imagine how a manuscript was copied from the Princeton Library, but in this digital age, I have little doubt that it could be done."

Salinger's only published novel, The Catcher In The Rye is a tale of teenage angst which has gone on to become one of the most influential American novels of the modern era, selling more than 65 million copies.

The Ocean Full Of Bowling Balls is a prequel to the story of its idealistic outcast, Holden Caulfield, and recounts the death of his younger brother Kenneth - renamed Allie in the subsequent novel.

It was originally scheduled to appear in Harper's Bazaar, but Salinger withdrew it before publication.

Following the success of Catcher In The Rye, Salinger released a collection of short stories and several novellas but stopped publishing in 1965 and withdrew from public view - although it is believed he continued to work.

Living in New Hampshire, he protected his privacy fiercely until his death in 2010, aged 91.

In 1982, he sued to halt the publication of a fictitious interview with a major magazine.

And in 2009, he took court action to stop the US publication of a novel by Swedish writer Fredrik Colting that presented Holden Caulfield as an old man.

In his final interview, given in 1980, he said: "There's a marvellous peace in not publishing.

"When you publish, the world thinks you owe something. If you don't publish, they don't know what you're doing. You can keep it for yourself."

He had given instructions that his unpublished stories should not be seen for 50 years after he died.

However, a documentary released earlier this year claimed five works would be made available between 2015 and 2020 - among them The Last And The Best Of The Peter Pans, a sequel to Catcher In The Rye.

The appearance of Three Stories was first mentioned on discussion site Reddit, and later reported by Buzzfeed - but the provenance of the collection is unclear.

A paperback version was recently sold on auction website eBay, and is thought to be one of 25 copies printed privately in Britain in 1999.

However, the version that was shared online has a different cover to the one listed on eBay.

The user who distributed the scan, on invitation only file-sharing site what.cd, wrote an anonymous message saying they would "confirm and, with that, take responsibility to the claim that these are accurate to the originals".

"It took me many weeks of research to find that this book existed, and many more weeks to acquire it," the anonymous user added.