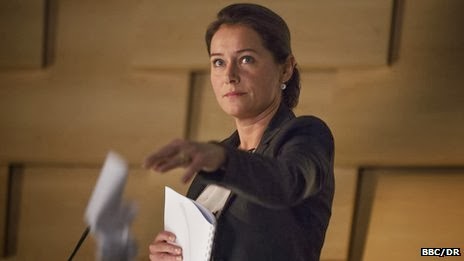 A radio drama from the makers of hit Danish TV series Borgen will be broadcast on BBC Radio 4 from December.

Borgen: Outside the Castle is set against the backdrop of the first series of the political TV drama, which saw Birgitte Nyborg, played by Sidse Babett Knudsen, become prime minister.

The spin-off moves the drama away from the politicians to focus on the world of the civil service.

The third and final series of Borgen began on BBC Four earlier this month.

Both the TV and radio series have the Danish parliament at their centre, nicknamed Borgen or 'the castle'.

The radio drama follows the character Hans Gammelgaard, the Private Secretary in the Ministry of the Environment, played by British actor Tim Pigott-Smith. 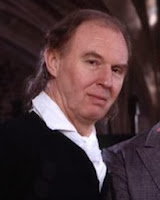 The plot sees Gammelgaard trying to gain approval for the controlled use of genetically modified crops by Danish farmers, meeting opposition from unseen enemies who are prepared to go to any lengths to pursue their own agenda.

Director Anders Lundorph told the BBC the radio adaptation was developed alongside the TV show, sharing the same editor to make sure the stories complimented each other.

"We were allowed to read some of the scripts in advance so that we could follow the [TV] storyline, but seen from a different perspective," said Lundorph.

He said Borgen: Outside the Castle could be followed by those who had not seen the TV show, as it was a "story in its own right".

"It's just an added bonus that when they talk about this politician or this minister you can go, 'Ok, I remember her from TV'," he added.

Earlier this year, the show's star Nyborg told the BBC she thought the success of fellow Danish drama The Killing, also shown on BBC Four, had paved the way for Borgen.

However the TV show was still an unexpected hit when it first aired in the UK, as producers did not expect the political subject matter to travel.

"I did bring a lot of background sounds with me, so what you hear in the background will actually be from Copenhagen and from Denmark," he said.

"But obviously we needed to have actors from Britain, and it didn't seem like a good idea to have them do Danish accents," he added.