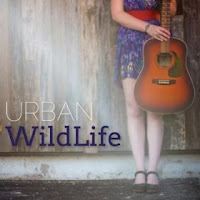 There’s something wonderfully sad about Urban Wildlife front woman Emily Logan, which sounds like an odd thing to say, but her melancholic, almost sorrowful tones bring much depth and intensity to the group’s self-titled collection. The Portland, Oregon native is also the principal songwriter, and it’s her words and sentiments, melodies and hooks that are so sympathetically complimented by both her voice and the musical understanding of the musicians she has surrounded herself with for this recording.

The nine tracks are launched with the beautifully enigmatic “Driftwood Cradle”, a gentle rumination on love, loss and the things that fall between. Its swells and surges are reminiscent of Mazzy Star and Cowboy Junkies, and Logan’s soothing vocal envelops the listener in a most delightful fashion. Multi-instrumentalist Jolie Holland is credited with strings on “Spin” and the languid violin is a subtle addition, and provides a perfect juxtaposition to the almost galloping rhythm. It all comes together quite brilliantly.

Although there are nearly a dozen musicians and vocalists on the album, for the most part the sound they make is relatively straightforward. A standard guitar, bass, drums configuration holds everything together and provides plentiful room for Logan’s songs and her own violin leads. Indeed, the acoustic simplicity of the guitar track on “Like You Caught Me” is the ideal accompaniment to Logan’s words and is one of the highlights. Another is “Prism”, a duet with Ryan Stively, and final cut, “Take My Time”, which incorporates a European-style folk melody, and will inspire listeners to reach for the repeat button.
www.urbanwildlifemusic.com
www.facebook.com/urbanwildlifemusic
www.urbanwildlife.bandcamp.com
Urban Wildlife CD Baby Page
Phil S.