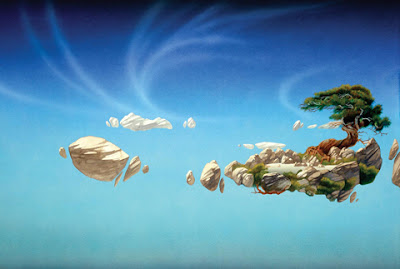 Hollywood director James Cameron has been sued by British artist Roger Dean for $50m (£43m) over claims he copied ideas for the 3D film Avatar.

Mr Dean, who designed album covers for the likes of prog-rock bands Yes and Asia, filed a legal action at a court in New York last week.

He has accused Cameron of "wilful and deliberate copying, dissemination and exploitation" of his original images.

Nine time Oscar-nominated Avatar is the highest-grossing film of all time.

Since its release in 2009, the film, which used groundbreaking 3D technology, has made more than $2.8bn internationally.

It won three of the Academy Awards for which it was nominated in 2010, including best art direction, best cinematography and best visual effects.

Set on the alien planet of Pandora, the computer generated landscapes include vast floating islands, jungle wildlife and huge tree-dwellings.

In his legal action, Mr Dean - described in the papers as "an international artist and designer, whose evocative and visionary images... created a new genre of work" - has claimed Cameron had "studied and referenced his art in preparation for the film".

The papers continued: "The similarities of each such work are substantial, continuing, and direct so as to rule out any accidental copying or similarity in scenes common to the genre."

Mr Dean, who graduated from the Royal College of Art, in London, in 1968 said that, in particular, his paintings of floating islands and huge graceful arches in the sky, painted over the course of 40 years, were copied by the director.

The artist also pointed out the similarities between the Tree of Life and the Home Tree of Avatar's fictional alien race the Na'vi, and his works Pathway and Floating Jungle.

Mr Dean said his claims were backed up by "numerous comments on the internet".

Cameron - who won a best director Oscar for the film Titanic - has said publicly that he first came up with the idea for Avatar in 1995.

Mr Dean said he took a similar proposal to the Cannes Film Festival in 2005, four years before the film's release.

Mr Dean's is the second legal action currently being faced by Cameron over Avatar.

In March, a judge gave the go-ahead to screenwriter Bryant Moore, who claimed parts of two scripts he sent to Cameron's company were used in Avatar. In 2012, Cameron won two separate judgements against similar accusations.

The filmmaker has already announced two sequels to Avatar are already in pre-production. The first is due in December 2014 with the second to follow 12 months later.

He said: "We will not back off the throttle of Avatar's visual and emotional horse-power."

Walt Disney is also to build attractions based on the film at its theme parks.