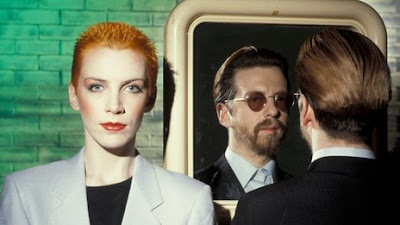 The Eurythmics' pop classic Sweet Dreams (Are Made Of This) is the most frequently misquoted song in the UK, according to a survey.

Nearly a third of the 1,350 people polled believed that lead singer Annie Lennox sings: "Sweet dreams are made of cheese/Who am I to disagree?"

The song, which reached number two in the UK chart in 1983, was closely followed by Rihanna's We Found Love.

The Top 10 list of misheard tracks was compiled by streaming service Spotify.

Listeners thought that Grammy-winner Rihanna sings "We found Dove in a soapless place" in her 2011 chart-topper.

The lyrics of country singer KD Lang's song Constant Craving, which came in third with 20% of votes, were misunderstood as "Can't Stand Gravy".

US rock group Aerosmith's Dude Looks Like a Lady, meanwhile, was thought to be "Do it like a lady" by 10% of voters.

More than 10 people believed rockers Bon Jovi sing "It doesn't make a difference if we're naked or not" in their 1986 hit, Livin' On A Prayer.

According to the survey, 54% of respondents admitted that hearing incorrect lyrics was a source of frustration to them.

Seven percent of people polled, however, suggested they never got lyrics wrong.