Elton John: 'Lucky to be alive' after appendicitis 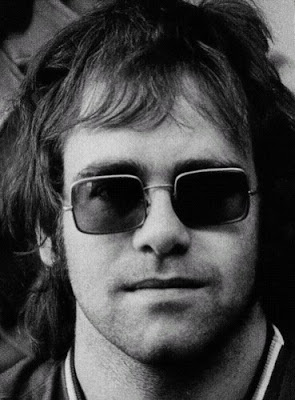 Elton John has said he is "lucky to be alive" after being diagnosed with appendicitis.

The singer told The Sun he had performed 10 concerts in "agony" on his European tour before he called in doctors.

"I was a ticking time bomb. I guess I could have died at any time," he said.

According to his website, he is on a course of "intensive antibiotics" and is expected to undergo surgery "in the coming weeks".

Sir Elton has had to postpone a series of summer festival dates including shows in Italy, Germany and London's Hyde Park this week.

A spokesman said the diagnosis had been made "following a number of exploratory scans and blood tests with his medical team in the UK".

He confirmed the singer would not return to touring until he had fully recovered from both the planned surgery and any damage caused by the appendix abscess.

"Elton is incredibly disappointed to postpone these tour dates," he said.

"To know that he made such super-human efforts and continued to perform to thousands through his illness only confirms his dedication to his European fans.

"He is eager to be back on top form and return to play the remaining shows starting in early September 2013."

Sir Elton had been due to perform at the Collisioni festival in Italy on Tuesday, with further shows in Germany on Thursday and a headline gig at London's Hyde Park on Friday.

Other July dates now scrapped include festivals in Spain, France and Monaco.

Sir Elton is due back in the UK in September, performing at the First Direct Arena in Leeds and at Bestival before heading back to Las Vegas for a month-long residency at The Colosseum.