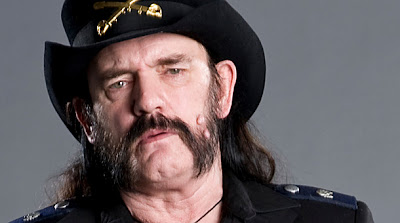 Motorhead have been forced to pull the rest of their summer festival appearances due to frontman Lemmy Kilmister's ill health.

"Sometimes you can't do anything else than follow doctor's orders," Lemmy said in a statement on the band's website.

The statement added the band "hate" to let fans down and expect to be back "in full force" in a few months.
The six dates pulled include gigs in Germany, France and Russia.

Motorhead had already cancelled three concerts in June after Lemmy reportedly suffered a haematoma - where blood collects outside of a blood vessel.

Prior to that, they played at this year's Download Festival on the 25th anniversary of their first headline appearance at Donington Park.

Motorhead did not give any details on the frontman's ill health, only saying he had "some medical maintenance for the long-term good".

"He was, at that time, advised to rest but once feeling better, he of course resumed his life as usual," the statement said.

"He has since been advised that he should immediately take some more time to rest."

Lemmy added: "I'd like to thank everyone who wished me well, it was a tough decision for me as I don't like to disappoint the fans especially in times where economy is bad and people spent their money to see us."

The band will release their 21st album, Aftershock, in September.

Their forthcoming 40th anniversary is due to take place in 2015.