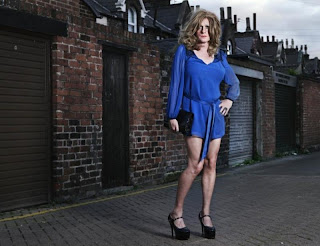 His series, titled Grayson Perry: Playing to the Gallery, will consider the state of art in the 21st century.

Perry, who won the Turner Prize in 2003, will be the first visual artist to deliver the lectures, to be broadcast in October and November.

"In short, I want to talk about what it is like to be an artist, here, now," explained Perry.

"I feel now is a good time to reflect on the idea of quality and how we might, in an age where we are told anything can be art, appreciate which art is any good," he added.

Perry is famous for his ceramic works but he is also known for his printmaking, drawing, sculpture and tapestry.

In the opening lecture, to be recorded at Tate Modern in London, he will reflect on the complexity of his own experiences as an artist and explore if it is possible for artists to maintain their integrity when they become acclaimed for their creations.

He will go on to examine how the art market works, and consider how contemporary art is perceived by the press, the public and artists in modern day Britain.

The BBC said Perry will also examine the words and language that have developed around art critique, including what the artist sees as people's growing need to "over-intellectualise their responses" to art.

"The words and the money associated with contemporary art also need examining.

"I want to talk about my ambivalent relationship with the art world, how I am profoundly grateful to it yet struggle not to be a curmudgeon or a cynic," said Perry.

"When I met him I was inspired by his insight into the creative process and the deep humanity evident in his work," she said.

Art has previously been the subject of the Reith Lectures, in 1960 with Edgar Wind's Art and Anarchy and Denis Donoghue's The Art Without Mystery, delivered in 1982.

The first lecture, recorded in front of a live audience at Tate Modern in London, will be followed by lectures at St George's Hall in Liverpool, The Guildhall in Londonderry and Central Saint Martins in London.