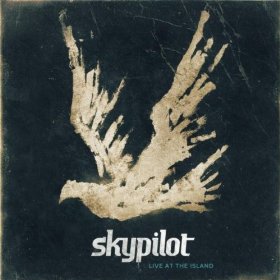 Their record: Live At The Island (Southern Land Records)

The pair formerly began writing together in a heavy rock band, which creates an interesting, and very noticeable dynamic within their songs. 2011 saw Skypilot tour extensively throughout America and Australia after the release of their debut album "Lighthouse", recorded in California and mastered at the highly noted, Capitol Records in Hollywood. The album takes a raw and honest approach to songwriting in an era where overproduction in music has become the norm.”

We say: Beautifully played and sung, “Live At The Island” is a quality six-track live souvenir from the Australian duo who won over critics and fans alike with their debut album, “Lighthouse”. The easy charm the pair display here will surely keep their audience sated until their impending Nashville-recorded long-player arrives – happily a release date has been penciled in for October 2013. Highlights here include a delicate take on their debut record’s title track and a brilliant re-imagining of Tom Petty’s “Free Fallin’”

Skypilot – Because Of You (Official Video)