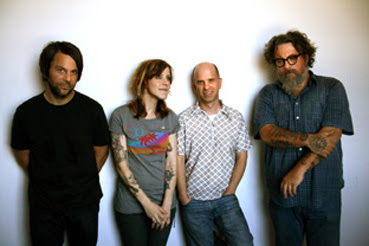 "Imagine a Yo La Tengo too tight to get cute or far out, dispensing a Velvet Underground derivative, fluent enough to warm the erectile tissue of anyone with a thing for guitar drones.”  Rolling Stone 4/5

“I consider Wussy the best band in America ... just about every one of the 46 songs on those five albums: Funeral Dress, followed by Left for Dead, Wussy, the unplugged start-to-finish remake Funeral Dress II, and Strawberry.  We're talking Beatles-Stones consistency here.”  Robert Christgau

“Recalling a roll call of adventurous boy/girl-styled indie bands – Yo La Tengo, Handsome Family, X – Wussy draws on plenty of yin/yang sexual and existential tension, a charmingly shambling, rough-hewn sound, and an army of alternately droning and jangling guitars on their sharpest outing yet.”  Uncut ****

Chuck Cleaver (formerly of Cincinnati's Ass Ponys) and Lisa Walker began playing together in 2001 as a result of Cleaver’s stage fright when asked to perform a brief run of solo shows.  The duo’s first performance was largely unplanned, and yet went without incident… so they agreed to continue and expand.  Mark Messerly came on board in 2002 as bassist and utility man, with Dawn Burman joining on drums shortly thereafter.   Joe Klug was added as drummer and multi-instrumentalist after Burman’s  departure in early 2009.  Not one, but two great singer songwriters complimenting each other on guitar and vocals over a pulsating thrum of drone-shoegazey spikey rock.  The four-piece has released several albums and EP's on their native Cincinnati’s Shake It label.

Wussy will be coming to the UK in September - dates below: