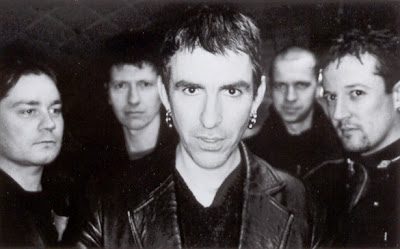 Unfortunately their van was broken into that night in the carpark outside the Walsall Holiday Inn Express, and a large number of items were stolen. With gear borrowed from other groups, the band still managed to perform at Strummercamp the following day.

This, the latest in a long line of set-backs for the band, comes only five months after the band’s studio was completely destroyed by fire. However it won’t disrupt their summer programme of festivals across mainland Europe, or their performance at Beautiful Days in the UK.

Singer Justin Sullivan says “Some of the items stolen had only just been re-purchased after the fire that destroyed our studio in December. Others had miraculously survived that inferno but we are still now without them. These are the tools of our trade and we do desperately need them back, so if anyone knows their whereabouts please do the right thing; it is a pretty huge haul of equipment to have suddenly appeared somewhere in the middle of the night. We’re not having too much luck at the moment but, if anything, this just makes us a stronger and more determined unit.”

Anyone with any information on the stolen equipment should either contact:

Other instruments - all in new or nearly new flight cases