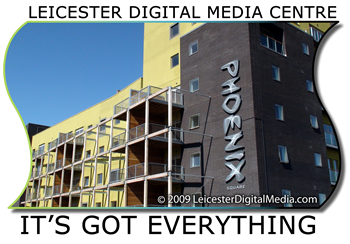 Friday 15th June
Visit the Phoenix website (link above and below) for all start times and certification. 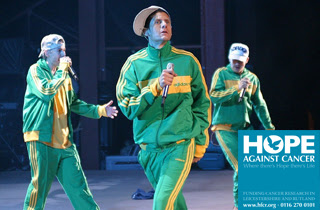 Awesome; I… Shot That
On Friday 4th May, the world of music and film suffered a tragic loss with the passing of Beastie Boy Adam "MCA" Yauch. Not only did Adam form part of one of the most influential and universally adored hip-hop groups of all time, but through his company Oscilloscope Pictures secured American distribution and audiences for such superb indie films as We Need to talk About Kevin and Exit through the Gift Shop. Join us on Friday 15th to celebrate the life and work of Adam with a one-off screening of his fantastic audience-shot documentary - filmed during a legendary sold-out Beastie Boys show at Madison Square Garden. All profits from this screening will go to Hope Against Cancer: Leicestershire & Rutland's local cancer research charity.

Faust
Following in the illustrious footsteps of Murnau and Svankmajer, Sokurov delivers his own unique take on the Faustian legend. It tells the tale of a professor in search of something to satisfy his listless soul. Tempted by the local moneylender he becomes seduced by the promise of every kind of reward, but at what cost? By turns baffling and beautiful, this voyage into the dark recesses of the human psyche is a work of immense texture and complexity, and is unlike anything you've seen before.

Moonrise Kingdom
Opening this year's Cannes festival, Wes Anderson gives us a love story with a difference. Set in the 1960s, Sam and Suzy decide to escape the confines of their New England home to somewhere a little more exciting, prompting the local town of misfits to organise a search party. Can the couple be tracked down before a brewing storm hits? With an outstanding ensemble cast and Anderson's trademark visual charm, Moonrise Kingdom is an endearing and hilarious slice of effortless Indie cool.

The Life and Death of Colonel Blimp
Arriving after a thorough restoration supported by Martin Scorsese, this Technicolor marvel is as bewitching as it is ravishing. In a lifetime defined by war and conflict, the film traces (thorough a series of flashbacks) the exploits of loyal soldier Clive Wynne-Candy. Along the way we meet the three loves of his life, all played by the radiant Kerr. Poking fun at outdated virtues and reactionary bluster, this multi-layered, intimate epic now looks suspiciously like the greatest British film ever made. 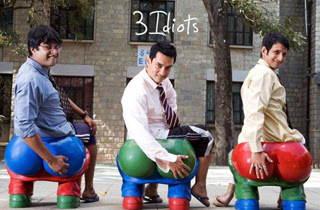 3 Idiots
Two friends embark on a quest for a lost buddy. On this journey, they encounter a long forgotten bet, a wedding they must crash, and a funeral that goes impossibly out of control.

Mother India
When Radha, the mother of an Indian village, is asked to open a canal she remembers her younger life. This classic film recounts her struggle to raise her sons whilst keeping her land and dignity after her family are conned by a corrupt money-lender. A timeless masterpiece. 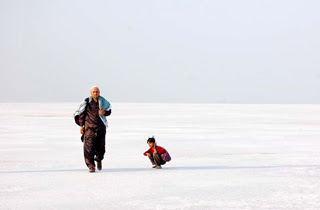 Harun Arun
In 1947 the partition of India split more than land-it divided families. Harun is a little boy living in Pakistan whose grandfather brings him across the border to Lakhpat. But in the chaos of crossing, Harun is separated from his grandfather and must face the journey to Lakhpat on his own...

Rang De Basanti
A young woman from England comes to India to make a documentary about her grandfather's diary which was written in the 1920s about the Indian Independence with five young men.

Zindagi Na Milegi Dobara
Mumbai-based Kabir Dhiman, who comes from a wealthy building construction family, proposes to his long-time girlfriend, Natasha, much to the delight of both their respective families. He then gets together with one of two of his close friends, Imran Habib, a writer by profession, and they contact their London-based financial broker friend, Arjun, to remind him of a pact of traveling to Spain. The trio commence their long overdue trip not fully realizing that Arjun has still not forgiven Imran for his break-up with Sunani, while he himself regrets being dumped by Rohini, and must also compete with Imran for the affections of gorgeous Deep Sea Diving Instructor, Laila; Kabir struggles to accept life as Natasha's husband; and Imran must ready himself to meet his biological father, Salman, who had abandoned him at birth.