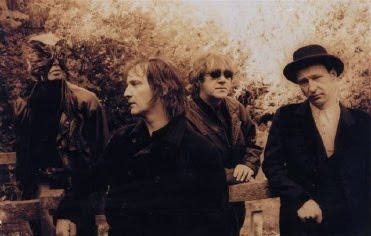 A new Diesel Park west album? What possible benefit is such an item meant to bestow upon anyone be they band members or the handful of devoted fans one would think are already content with a back catalogue seven albums strong. Even the era of the mildly curious buyer has surely now evaporated into a sectarian musical lifeboat presided over by the immovable force of corporate media and the vague shifting sands of what used to be called fashion.

Well with album eight “Do Come In Excuse The Mess”, a title so loaded with metaphor even the most committed DPW dismissive might want to ponder for a minute, the answer to why this band still exists might be here…..Each decade in rock n roll has seemed at the time as the defining one, a view usually undone about halfway through the next. Could anybody really have imagined prog followed by punk in say 1966? Its hard to be certain of course but most likely not. Even Revolver at the time was largely received as another fab four album albeit with suddenly acid drenched guitars but still containing all the harmonic and melodic references attributed to the most famous people on earth…..

Diesel Park West first really emerged at the end of the eighties and even then were quickly zapped and rolled over by the Mancunian tsunami probably being expected to then fade away only to show up on a “where are they now “ tv show or something equally depressingly pointless years later. Thing is, it just hasn’t happened that way. The Diesel have always been useless at fitting into a predictable paper chase yet have more often than not been pioneers and direction pointers for those who would follow. Back in 88-89 their soaring yet earthbound sound was considered at odds with contemporary tastes yet it rings out today with confidence and a deep grasp of the now.

The opener here “Charlotte Its All Over “ is as relevant a slice of the Haight resurrection any soul is likely to require while the haunting “Not Broken” is basically a rebel song performed without the slightest hint of phoney victimhood instead being delivered with natural English reserve and understated drama. Last Show In Town and Arthurs Song (about Arthur Lee ) both take you exactly where you want to go without even knowing you want to go there.

There are ten songs on this album all carrying within them evidence and witness to the durability and importance of a band which has continued without any finger of fortune being pointed at it. Listen to this record and should you feel a beckoning or even goaded into reviewing it then do so. People need to know they really do.