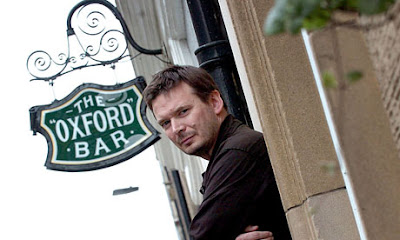 Inspector John Rebus is to make a return in a new novel by crime writer Ian Rankin, the author has revealed.

The famous fictional detective was last seen in Exit Music, published in 2007, which featured his retirement.

Edinburgh-based Mr Rankin said there was "unfinished business" with Inspector Rebus and the latest story was the "perfect fit" for him.

Speaking at the Hay Festival, Mr Rankin said the new story, Standing in Another Man's Grave, is due later this year.

Since Rebus first appeared in 1987, the novels have been translated into 22 languages, becoming international best-sellers.

Mr Rankin said: "I felt there was unfinished business between the two of us. He had never really gone away but was working for Edinburgh's cold case unit. And I knew I had a story that was a perfect fit for him."

The novel, out in November, will see Rebus finding himself in trouble with the author's latest creation, Malcolm Fox, of Edinburgh's internal affairs unit.

Mr Rankin said the book's title was inspired by a song from the late Scottish singer-songwriter Jackie Leven and is dedicated to his memory.

He said: "Jackie was a great guitarist and a fine songwriter with a vein of robust romantic imagery and a voice that could melt granite.

"He was also a terrific storyteller whose life had provided no end of material. He's still much missed by all of us who knew him."

The Inspector Rebus series, which includes Fleshmarket Close, Mortal Causes and The Black Book, centre on Rebus, with the books mainly set in and around Edinburgh.