Coming up at De Montfort Hall on June 21st: The History of the Big Bands 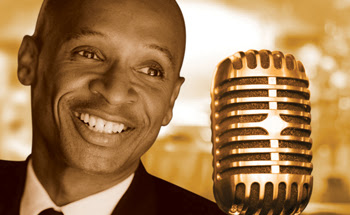 The History of the Big Bands

The History of the Big Bands sees the incredible Andy Abraham transport the audience on a magical musical journey revisiting the very best of the swing era.

Featuring a magnificent 16 piece big band and a series of first class soloists who cover the famous solos as played by the original bandleaders, the audience is led on a musical journey by the talented and charismatic Andy Abraham.

Andy, dubbed the man and voice of the people, rose to fame in 2005 on The X Factor where he wowed the judging panel and audiences across the nation with this soulful voice and winning personality.

Andy’s career continues to grow from strength to strength as he amazes audiences with his dazzling stage presence. In 2008, Andy was chosen to represent England at the Eurovision Song Contest, singing to 600 million viewers worldwide, and in 2009, demand continued to grow with Andy embarking on a sell out 54 date UK tour.  In September 2011, Andy starred in the brand new West End musical by the makers of Thriller Live, Respect la Diva at the Garrick theatre.

Crooning is a style that has its roots in the Bel Canto of Italian opera, but with the emphasis on subtle vocal nuances and phrasing found in jazz. Andy’s vocals bring a fresh new sound to the style, proving he is made for the part!

The History of the Big Bands promises an outstanding evening of high energy, virtuoso musi-cianship and wonderful songs. A fantastic show it’s sure to appeal to every big band fan and more.