News: Blur are to debut two new songs on their Twitter feed... 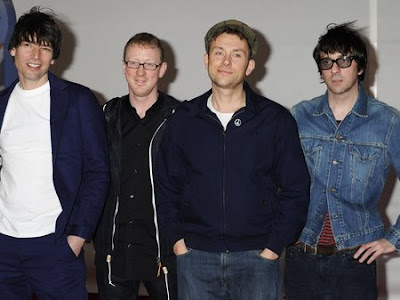 A reunited Blur are to debut two new songs on Twitter.

The band will play the new tracks, which have not been performed in public, in a live web stream next week.

The performance on Monday comes ahead of their appearance at London's Hyde Park in August, in a show to mark the close of the Olympics.

The quartet will play Under The Westway and The Puritan from a secret location in the UK.

The songs will later be available to download and a limited edition vinyl 7in single will be released by Parlophone on 6 August.

The live stream takes place on Twitter at 6.15pm on 2 July @blurofficial.

There will also be an interview with the band.

Frontman Damon Albarn said: "I wrote these songs for Hyde Park and I'm really excited about getting out there and playing them for people."