Acclaimed outdoor theatre company The Festival Players are celebrating this Olympian and Jubilee summer with a 45-date all-male tour of Richard III across the UK (June 1-Aug 25) – the highlight of which will be a performance on the historic Bosworth Battlefield, where the last Plantagenet king lost his life. 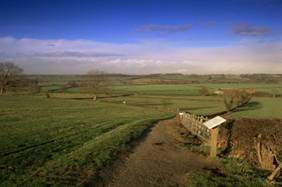 David Lee-Jones in the title role is believed to be the first British-Chinese actor to take on the mantle of one of Shakespeare’s most famous villains.

On Friday, June 22, the Players will bring the show to the battlefield Heritage Centre at Sutton Cheney in Leicestershire for what promises to be a memorable performance.

The historic site is where the 1485 Battle of Bosworth - one of the most important battles fought on British soil - took place and where Richard III lost his life and crown to Henry Tudor, a defining moment in British history.

Tickets for the 7pm performance are available on 01455 290429, price £15 adults, £9 children and £13 seniors and students. Car parks and arena are open from 5.30pm and the audience is invited to bring their own seating and picnics. The Tithe Barn Restaurant will also be open between 5.30pm - 8.30pm offering bar, hot and cold drinks and snacks.