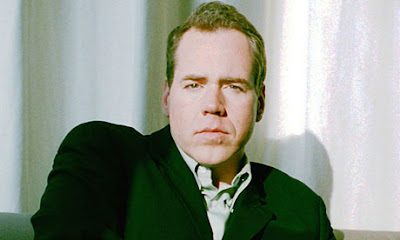 The 48-year-old said on Twitter that he had contacted his agent about writing the script and was "completely committed" to the idea.

Easton Ellis, whose other works include The Informers, added he would contact Universal Pictures later this week.

It became the fastest selling book of the year and has been a best-seller on both sides of the Atlantic.

Universal Pictures secured the rights to the novel, plus its two sequels in March.

"Hope EL James doesn't think I'm being a prankster. I really want to adapt her novels for the screen. Christian Grey is a writer's dream."

The author also listed some of the actors he had in mind for the main roles, although most of the posts have now been deleted.

He said: "The casting of Christian in Fifty Shades of Grey wouldn't be up to me but I have certain actors in mind. And a particular actress for Ana."

Digital Spy reported Ryan Gosling and Alexander Skarsgard were at the top of Easton Ellis's wish list to play Christian, while Scarlett Johansson or Kristen Stewart were his picks for Ana.