Review: The Claytones – Lake In The Night

The Claytones – Lake In The Night (Rip Roar Music) 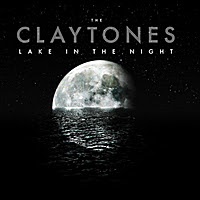 Though “Lake In The Night” is The Claytones official debut album, the Ontario trio of Kelly Prescott (vocals, acoustic guitar), Anders Drerup (vocals, guitar, organ, piano, pedal steel, lap steel) and Adam Puddington (bass, acoustic guitar, backing vocals, accordion) have a wealth of experience with various bands, solo projects and even the theatre. In fact Drerup and Prescott starred as Gram Parsons and Emmylou Harris in a much acclaimed production of “Grievous Angel: The Legend of Gram Parsons”, and their musical chemistry is present throughout the ten tracks of harmony drenched cosmic Canadiana, though importantly, all three members write and arrange together.

So, three writers, three singers, and enough instrumentation for a small orchestra, it’s no surprise that what they lack in numbers, they more than compensate with a full, rich sound topped with heartfelt songs and first-rate vocals. The record begins with the sublime “Brother Hold On”. The level of musicianship is excellent, with Drerup’s steel shimmering gently, filling the gaps and providing depth and emotional resonance. It’s also a desperately poignant lead vocal from Prescott. She’s just as effective on “Out On the Road Tonight”, but here she’s confident and certain, almost a Lucinda Williams(esque) performance, as the guys simultaneously dig in like a country-rock Heartbreakers. They’re currently being touted as one of the top five Canadian bands to look out for in 2012 (The National Post). I’m certainly glad I found them.
www.theclaytonesmusic.com
www.facebook.com/pages/The-Claytones
Rob F.